I was @ Gustav Ericsson's sight, - Anzenkai, and I was looking at Nishijima Roshi’s calligraphies over there. Particularly there is one - "seki shin hen pen" - about which Gustav has earlier said in a blog post that it is Nishijima's favorite phrase from Master Dogen.
This seemed strange to me. It was not what I would expect Nishijima Roshi's favorite phrase to be. It seemed it could be some Rinzai master's favorite quote, - it seems to express continuous and constant sincerity, - but it did not seem to fit my view of the way Nishijima Roshi saw things.

So - consequently - I tried to think what would I expect his favorite quote to be. But all phrases I could think of did not seem to fit just what I might have had in mind.

So I tried to come up with what I would see it as, - and what I have come up with - is - "this universe out here".

- And this seems to be the right name for this blog here too.

Shlomo Kalo, whom I mentioned in earlier posts, died on Saturday.

This is just s few links, for whoever is interested. (I only found one in English, of what I thought worthy of listing; - and this too is only on updating this post (Sep 4th))

My “Time” post is still to be put on some day. - It is not an easy one and I am currently not working on it at all. The circumstances are not enabling and I apparently must just wait.
Posted by Ran K. on Sunday, August 31, 2014

There is a note regarding Kalo and his work which seems to go altogether unnoticed. This comment is just for those generally familiar with him (which would mean in most cases Israelis) and, that is, - somewhat with his writings.

In a book entitled “a people of chiefs”, (“עם של אדונים”) consisting of talks given, as far as I remember, generally at least, in 1989, Kalo says during the coming year (each talk has a date brought at the end of when it was given) his spiritual school, “DAT”, (pronounced da-at rather than dat) will come to an examination, in Heaven, thereby to decide whether it will be accepted as a sort of “official” school in worlds above, or not.

Kalo never returns to that matter, else than perhaps in much later books I have not read. But as many know, in ’91 I think, he instructed his close students - that is of the DAT (דע"ת in Hebrew) school of course, to get married. Until that time he was quite decisively preaching monkhood, and as far as I understand these students referred to above were monks and nuns, though in his school no vow was taken. The reason, and this is the point I am raising and presenting here in this comment, is quite obviously, that the school did not make it through the test previously - an incident which made Kalo change his ways and prescribe a somewhat-different path to guide his followers. It could further be said, relying on his books (I generally read over 20 years ago) relevant here, (those listed as “Talks of the Master”, as far as I recall) that the reason for that was, that those listening to the talks in these books, apparently failed to maintain their cleanliness of mind as guided in these lectures. That is to say, to refrain from what Kalo calls “adultery in mind”. Thus, it seems quite clearly, the change was introduced and I might guess the school was later then accepted though no other reference is, I guess, to be found in his later writings which in general I stopped reading several years later.

I would be happy if I could have the older posts above rather than below, but it does not seem possible. 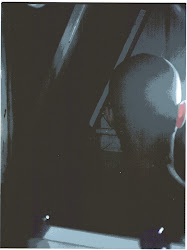 I post very slow. If you’re new here it is better to read the posts in order rather than the opposite. The posts are usually not time related.